A new study of Sor by Erik Stenstadvold

During his last months in London in 1822, Sor was busy composing music for the stage. The ballet Cendrillon was premiered at the King’s Theatre in March that year. Less known is that Sor was also involved in another scenic production, the five-hour long operatic drama, Gil Blas, which was premiered a few months later. Sor was partly responsible for the music. These works were mostly well received, but notwithstanding his success and the general recognition he had attained in London, Sor left Britain soon after. It has been generally assumed that the reason for his departure was the young ballerina Félicité Hullin, with whom he became romantically involved and who was invited to Moscow as prima ballerina in 1823. This study questions that assumption and presents two other possible causes that may have prompted Sor’s departure from England. Furthermore, it examines a previously unknown subsequent six months interim period in Paris during which he, with great success, appeared in a number of concerts in addition to preparing for the Paris premiere of Cendrillon in March 1823.  For details, see Publications page. 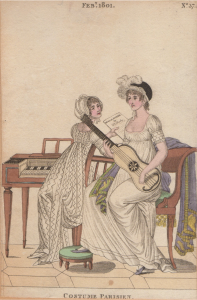